Located on the hillside of the Castle, it was built between the 13th-14th centuries and it currently houses the Museum of the Altarpiece, where there are exposed Renaissance and Baroque altarpieces from different locations in the Diocese of Burgos. In the upper choir there is a section dedicated to goldsmithing.

The main portal is similar to the North door of the Cathedral called Coronería. Three archivolts decorated with angels and saints surround the tympanum dedicated to Christ and the martyrdom of the titular saint.

The rose window has similar characteristics to that of the South door of the Cathedral, called Sarmental, and preserves part of the 16th century stained glass windows made by Sebastián de Vallejo and Lázaro de Aranda.

It is the only parish in Burgos that has a cloister and a chapter house, traditionally called All the Saints, in which neighbourhood meetings were held to manage the income that came to the parish and the vicinity by royal privileges from the time of Alfonso XI until the 19th century. 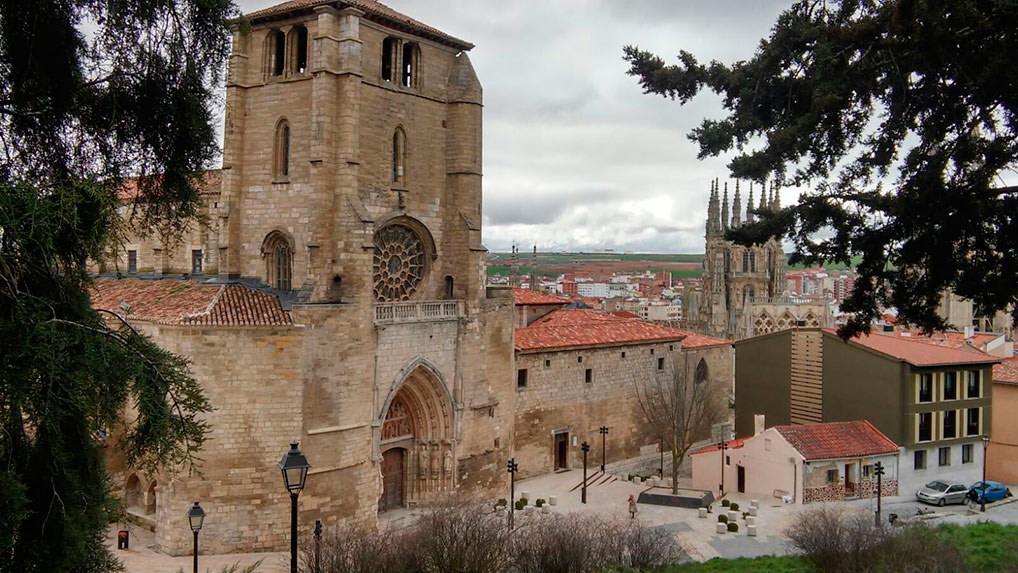