MONASTERY OF SAINT PETER OF CARDEÑA

Ten kilometres away from the downtown of Burgos there is a Monastery inhabited by Cistercian monks of strict observance, also called Trappists.

The monastery dates back to Visigoth times and was inhabited by Benedictine monks. The prosperity of the Monastery in medieval times is reflected in the high quality of its Scriptorium.

The building has undergone several restorations so various styles coexist in it:  the Romanesque tower, the Cloister of the Martyrs from the 12th century, the Chapter House from the 13th century, the church rebuilt in the 16th century and the Chapel of Saint Sisebuto, where The Cid and his wife Jimena were buried. From 1921 the remains of the couple are in the Cathedral of Burgos.

According to tradition, before going into exile, Rodrigo Díaz de Vivar, The Cid,  left in Saint Peter of Cardeña, under the protection of the Abbot Sisebuto, his wife Doña Jimena and their daughters, although this fact is not attested by historical evidences. 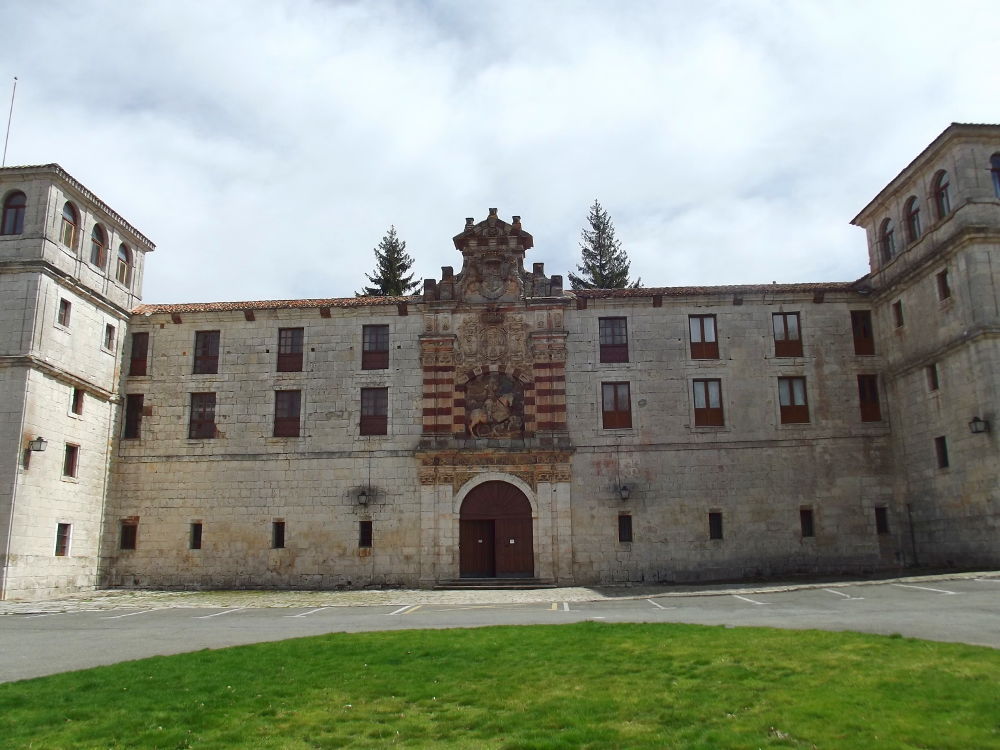