In this privileged area, located in the northwest of the province of Burgos, you will discover dreamy landscapes that the passage of time and the waters of the Rudrón and Ebro rivers have shaped.

Prehistoric human settlements have left their mark on these lands, thus one of the most important sets of dolmens in the Iberian Peninsula has survived to our days.

You will find impressive canyons and waterfalls, villages that preserve their popular architecture and beautiful Romanesque churches.

This small town, declared a Historic-Artistic Site, reveals all the beauty of popular architecture in a natural environment that leaves no one indifferent.

Mozarabic, Christian and Jewish coexisted in Orbaneja del Castillo for centuries. Of the presence of Jewish and their famous quartier (aljama), only the memory remains in some street names. This place was chosen by the Knights Templar to build the Saint Albin Convent and Hospital, in charge of offering shelter and protection to the pilgrims on the Camino de Santiago (Way to Saint James).

The most photographed place is its impressive 25-meter-high waterfall, which rises from the Cueva del Agua (Cave of Water), crosses the town and falls into the Ebro river, forming one of the most beautiful images that nature has been able to create.

In this locality we find an upwelling of karst origin that does not spring up at the surface level but in depth and whose turquoise blue waters have given it the name of Pozo Azul (Blue Well).

Some have defined it as the «Everest» of cave diving, as it is one of the longest underwater caves in the world.

Some endemic species have been found inside. In 1983 new species of aquatic fauna specified by the National Museum of Natural Sciences were detailed.

Its origin dates back from the 9th century, coinciding with the repopulation carried out by the first Castilian counts in the area.

In 1993, certain areas of the town were declared a Historic Site, highlighting its emblazoned manor houses built in the 16th, 17th and 18th centuries, times when various nobility families settled in this place. This makes Pesquera one of the towns with the most noble coats of arms in the province of Burgos.

Among the most outstanding buildings is the Church of Saint Sebastian, with some Gothic remains, and the baroque Hermitage of Saint Anthony, located at the exit of the town, close to the magnificent medieval bridge, so representative of the town.

In Sedano, next to the Moradillo River, we find numerous emblazoned houses built in ashlar masonry stone, among which the Arce-Bustillo house-palace stands out, which later came under the Gallo family. Its main element is the tower, which was transformed in the s. XVII at the time that the main facade was added.  Its main entrance stands out from the rest of the building.

Presiding over the entire urban fabric stands, on a rocky promontory, the imposing church of Saint Mary, a beautiful Renaissance building from the mid-16th century.

The town of Sedano is linked to the figure of Miguel Delibes and the life or work of the great Castilian writer from Valladolid cannot be understood without the powerful influence that this Burgos town and its region had on him.

Delibes wrote in his book “Vivir al día” “Sedano is my town and not by chance of having been born in it, but by deliberate decision of having adopted it among a thousand”

Valdelateja is part of the Hoces del Alto Ebro y Rudrón Natural Park, and it is here where the Rudrón river flows into the Ebro river.

In the town we find a thermal station, whose waters have varied properties, surrounded by a landscape that invites you to rest.

This town is the beginning of several hiking trails that can be done in its surroundings. Among them, the one that takes us into the Ebro Canyon, passing through the town of Cortiguera, and reaching Pesquera de Ebro stands out.

Another of the routes is from Valdelateja to the hermitage of Castrosiero, from where you can enjoy spectacular views, it is a privileged viewpoint from which you can see the final part of the Rudrón Canyon and its connection with the Ebro Canyon.

Ceramic archaeological remains have been found in the Peña de Castrosiero, confirming the existence of an Iron Age fort.

The Hermitage of Saintes Elena and Centola stands out, who received martyrdom in this place at the time of Diocletian and in which their relics were preserved until 1317, the year in which they were transferred to the cathedral of Burgos, where they still remain. 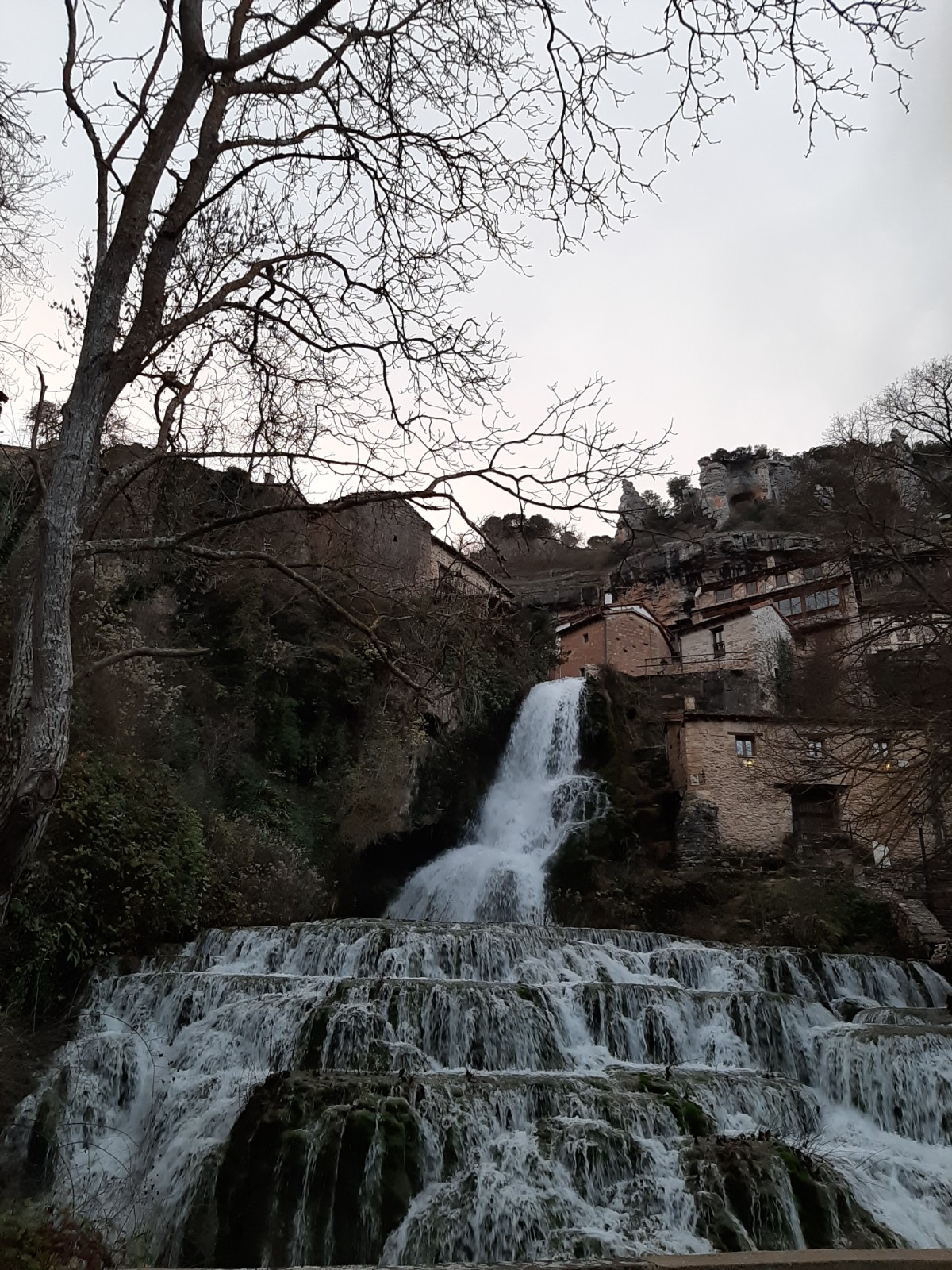 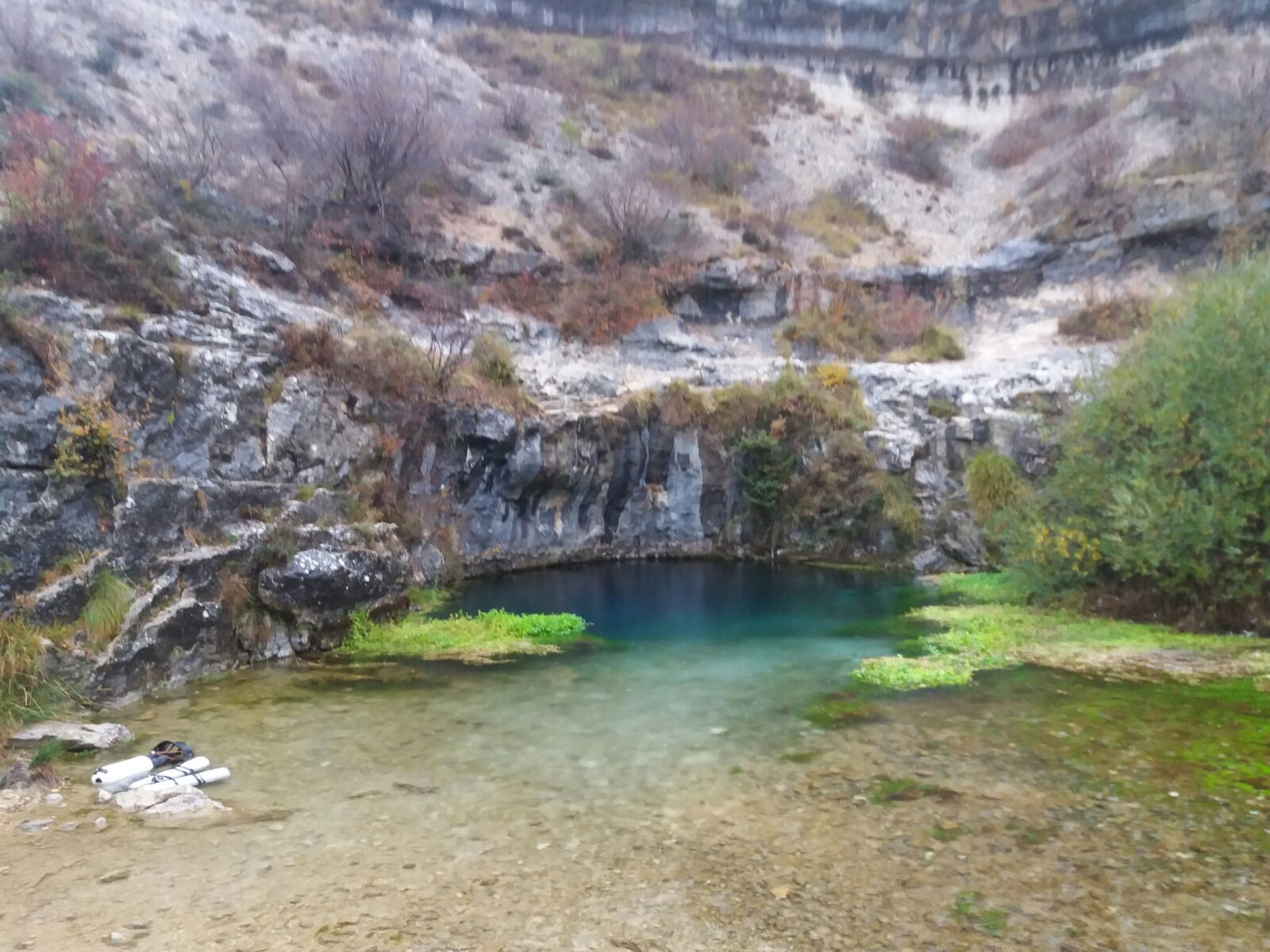